Checking out Fantasy Flight Games new Deathwatch roleplaying game, I was inspired to convert a bunch of Battle-Brothers for a game against some alien beasties (I've had some Black Scorpion aliens knocking around for a while, and really want some of Hasslefree's Mesaans too). As I've never really played Space Marines I only had a few around, which were all unusual or special miniatures I'd picked up. As I was unlikely to ever use them in an army, I thought a small, elite alien-hunting Kill-team was a good use for them.

So here they are- several of these are limited edition or even unreleased, so although they're converted no actual harm was done to the base model and they can, in theory, be returned to their original state! 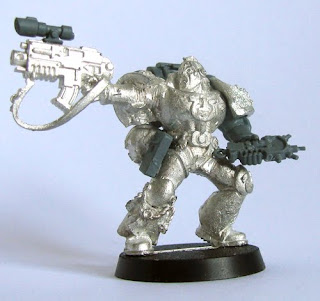 Deathwatch Tactical Marine, made from an Ultramarines Tyranic War Veteran. 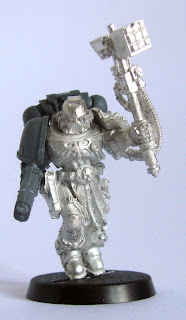 Deathwatch Assault Marine, made from a Games Day exclusive miniature with the Thunder Hammer from the Iron Hands Tactical squad boxed set. 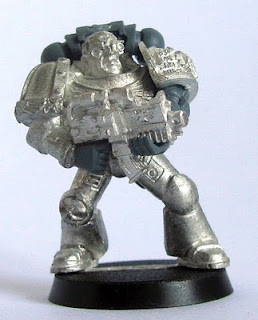 Deathwatch Tactical Marine, made from a Bloodquest Sergeant Tranio miniature (I don't have the left arm, so could never assemble it as intended anyway). 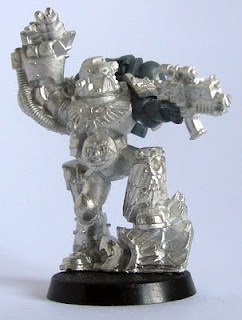 Kill-team leader, made from the webstore exclusive miniature. 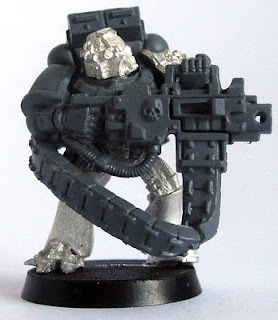 Deathwatch Devastator, made with bionic legs and head from the Iron Hands Tactical Squad boxed set.
Posted by Colonel Kane at 09:28 5 comments:

My apologizations for the lack of posts - work has us all very busy, some are running around fields dressed as Tommies and others are spawning!


Here's some pics of a frontier power generator/hab building, cobbled together during half hour breaks between assignments. It uses the same basic concrete-style frontier prefab as the previous building, this time with loads of bits box components to make it a power generator building. Most of the bits come from Citadel's 'Manufactoria' Cities of Death building, with a couple of odds and ends from the Planetstrike Bastion set and the pylons from the Battle for Macragge set as some form of techno-gubbins generator whatnots (that's a technical term...). 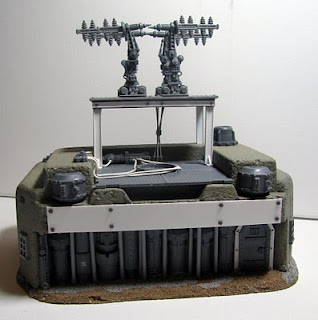 Building front - the large white strip will have some text/signage. 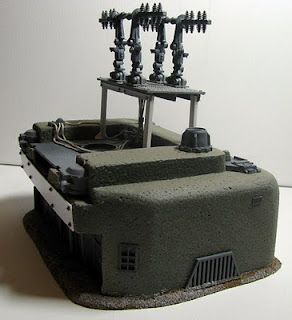 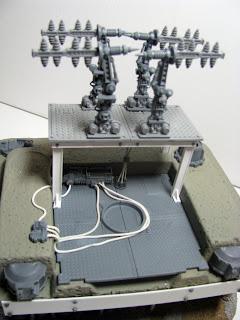 Electro-techno-gubbins, plus cables from a set of dead iPod phones (which it turns out are perfect for this sort of project!)
Posted by Colonel Kane at 22:08 5 comments: