I've been tinkering away on a 40k building for the last few weeks, just doing the odd half hour between work etc. I think its more or less ready to be painted now so I thought I'd post a few pics. 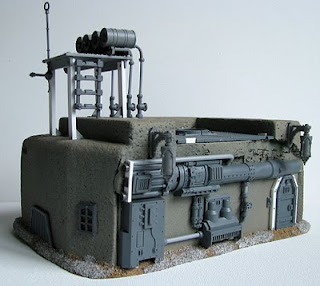 I was inspired by Pontiff's Old School buildings, and wanted to evoke something similar, but rather than using the classic yogurt pot, good old polystyrene packing instead. I wanted to make a building that looked like a huge lump of pre-fab structure with loads of techy gubbins added over the years. As a nod to the Old School terrain-making articles, I wanted to leave the polystyrene visible, but still have the overall building look pretty cool (as Pontiff did with his pots). 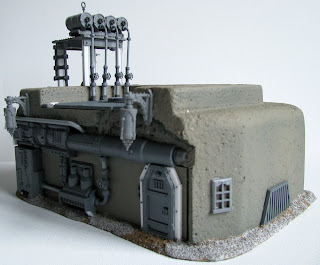 I've used loads of stuff from the bits box on this, plus various components I've picked up. Some are spares from the Planetstrike Bastion I posted pics of a few posts back. I bought a set of railway modelers universal pipes from a local shop, which I used a lot here, especially for the valves. I also picked up a single sprue from the Citadel Shadowsword, which I ruthlessly cannibalised too. 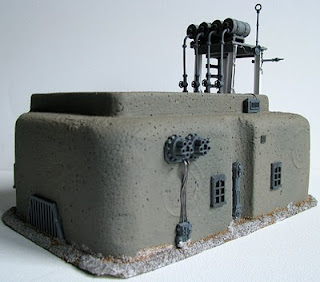 With a bit of luck I'll be able to build a few more buildings in the same style, so we can have a small settlement, sort of Wild West 40k! 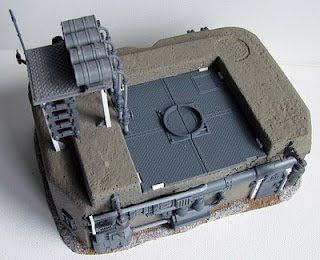