The following is something of a reply to a post made here, by a blogger I have great respect for and have been following for some time. I don’t intend to refute any of his points nor to bring about any sort of internet flame war, but rather to explore some of the observations he makes and present my own thoughts as they occur to me.

If you haven’t done so, please read Dr Bargil’s post. He admits himself he’s engaging in a bit of hyperbole so take that into account. I’m sure he’s calmed down now! You might also find it useful to read our interview with Rick Priestley, here, wherein he talks a little about the early gaming scene in the UK.

So, Dr Bergil talks about D&D, WHFP1e, early WFB and W401e, as well as Fighting Fantasy, but I’d separate the GW examples from that list, not because they’re by GW, but because they’re British and have an entirely different sensibility. The more I’ve come to enjoy the ‘old school revival’, the more I’ve noticed an enormous trans-Atlantic divide in what we actually mean by the term. When I think about what I liked about games I played back in the ‘80s when I was first getting into the hobby, I think primarily of WFRP1e and 1st ed 40k. I also played West End Games Star Wars a lot, which shares the distinction I’m about to cite. D&D is, as Mr Bergil points out, a procedural game – its driven (if you’ll pardon the pun) by an exploration engine that is inextricably intertwined with the entire system, from experience and character progression to the acquisition of treasure. Characters can, as stated, die a pitiful and meaningless death, but lets not forget that these characters adhere to a strictly defined level categorisation and as such are exploring a level of the dungeon with very finely balanced threats. The obsession with balance is as much about threat management as it is about party composition and for me that puts player skill behind dice rolls when it comes to determining success. 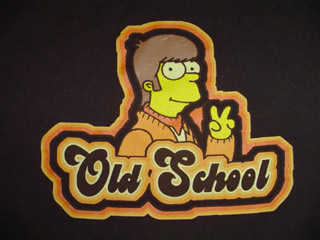 I’ll back that last bit up – I found out some time in the late ‘90s, not long after the advent of the internet, that people play, or used to play, D&D competitively. This made no sense to me at all, and it took me some time to realise why. While I played D&D as a kid, I very soon moved on to WFRP, Star Wars, Rogue Trader etc, none of which had anything like the exploration engine I describe above. They’re all roleplaying games in the true sense of the word, where the interaction between characters drives the story and ultimately determines success or failure, not the procedural mechanics of looting a dungeon. That isn’t to say  D&D is devoid of any narrative, far from it, but once you’ve established the reason for the PCs to be in the dungeon in the first place you’re pretty soon down to exploring a map, rolling for monsters, fighting them and, if you’re lucky, stealing their treasure. I don’t have anything against that style of play, as Dr Bergil says, sometimes the joy is in the play itself, but it’s a world away from WFRP1e and Rogue Trader, both of which are often included in discussions about ‘old school’ gaming.

I agree, to some extent at least, with Dr Bergil’s distinction when it comes to playing low level characters. That’s absolutely part of the appeal and I think its true in the games of both UK and US origin. WHFP1e is well known for the fact that your PC could be killed by an angry dog in a dark alley, but lets not forget that that dog was not placed there according to a strictly balanced encounter system, it’s there because the GM and/or the scenario writer put it there, generally for the purposes of the ongoing narrative (it also doesn’t yield any treasure if you kill it!).

I also agree with the point about character generation – I’ve always enjoyed playing the hand I’m dealt in that regard. For me, you get to define and mould your character through the experience system, or you do in the types of games I enjoy. I’d suggest this isn’t really the case in D&D, where one 10th level Fighter looks pretty much any other. I know a lot of people dislike the advancement system in Necromunda, where you roll for new skills and the likes – personally I really like that, but I get why others don’t.

Ok, this ‘TEH AWESUM’ business. I get the point and it’s well made, but I can’t help take issue somewhat. Is not Conan, the archetypal old school barbarian, ‘TEH AWESUM’? The first or second (I forget which) story Howard ever featured him in begins with Conan as the last man standing of any entire army, literally hundreds of enemy dead piled around him. Are not the cosmic themes explored by HP Lovecraft ‘TEH AWESUM’? (his protagonists certainly aren’t, that’s a given, but his setting is vast!). Tolkien? He starts out small (pathetically so, you might say) but his work evolves to encompass incridibly broad themes, none of which I’d put down as ‘TEH AWESUM’. What about the aforementioned character advancement in D&D? They had to invent entire planes of existence and hollow out an entire planet to accommodate the power levels your PCs could attain, and given the obsession with balance in the D&D advancement system, there’s a good chance they will if the players don’t do anything too stupid. I take the point, really I do, but the pejorative and confrontational use of ‘l33t speak’ shuts the argument down before it’s been had and I personally see nothing wrong with exploring themes I’d far rather describe as ‘epic’. In fact, the smaller you start out the more of a journey it is, so isn’t that the best of both worlds?

So, what else? Art? That’s an interesting one. There’s certainly an old school aesthetic in play, though it’s hard to define it. It’s generally unpretentious, perhaps a little goofy and often distinctly ‘DiY’. I think most of the artists working at that time were just starting out (Jes Goodwin, GW sculptor extraordinaire, produced a module cover for TSR UK when he was still at school I believe!). Many of these venerated individuals might cringe at the work they produced back then and hope that we’d prefer what they’re doing now, but then I guess the same is true of the punk rock bands we listened to as spotty teens, most of whom have developed into accomplished musicians but lost the raw appeal they once had.

Narrative – well that’s interesting. The Magnificant Sven is cited as an example of a good old, old school scenario. But let’s not forget those early Warhammer scenarios were heavily themed, relying on a solid narrative and story driven goals. They most certainly don’t rely on the type of procedural mechanics central to D&D. Again, I take the point that they focus on the low level, and that’s one of the things I like about them too.

All of    this leads me to the point where I’d like to thank Mr Bergil for his insight, for while I don’t agree with all his points he’s illuminated something that’s been nagging at me for a while. D&D and its ilk are often cited as the nadir of ‘old school’, at least where roleplaying is concerned. The games being produced in the UK around the same time and largely independently were nothing like D&D. Rogue Trader bears little resemblance or relation to D&D. To see what I mean, grab a copy of Combat 3000 or Laserburn, both forerunners of Rogue Trader by the same group of people, and compare it to D&D. They provide rules for fighting, for wargear, for making your own characters and such, but absolutely no form of encounter engine. Instead of a finely tuned system for regulating exploration and encounters and earning treasure and advancement, they leave all that stuff to the players and the GM. That, for me, is the true difference. WFRP1e, Rogue Trader etc, are all about players playing with their toys, doing so in a consensual and mutual way, and they don’t need a rigid system to tell them how.

Is this a matter of national character? Possibly, to a degree perhaps. It seems to be the case that UK players prefer a looser more gentlemanly approach to gaming while US players prefer one where everyone visibly plays by the same rules, but to be honest it’s all too easy to overstate the differences and fall back on lazy stereotypes. I would say however that the ‘old school’ gaming scene would do well to consider just how different the roots of US and UK gaming really are, as well as acknowledge where they converge, and that might inform us more about where we are today.

So there we go – many thanks to Dr Bergil for his stimulating rant, I hope mine is even half as useful to anyone that might read it. 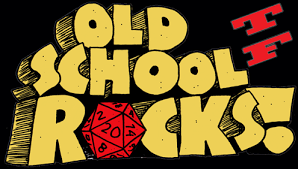