So, a week or two back I was reading through some old blog posts pondering how my promise to update more regularly has turned the interwebs into a den of unspeakable falsehood, when I came across some pictures of a Realm of Chaos warband I'd converted up, followed by the comment that I'd decided to re-do them as the Citadel Dark Vengeance set had at that time just been released and I really liked the look of the plastic cultists in that set. That coincided with my mate Curtis of Ramshackle Games fame prodding me for a game of 1st ed 40k, something we've been meaning to do for ages. So, I rolled up a new warband and got converting, and here's what I came up with. 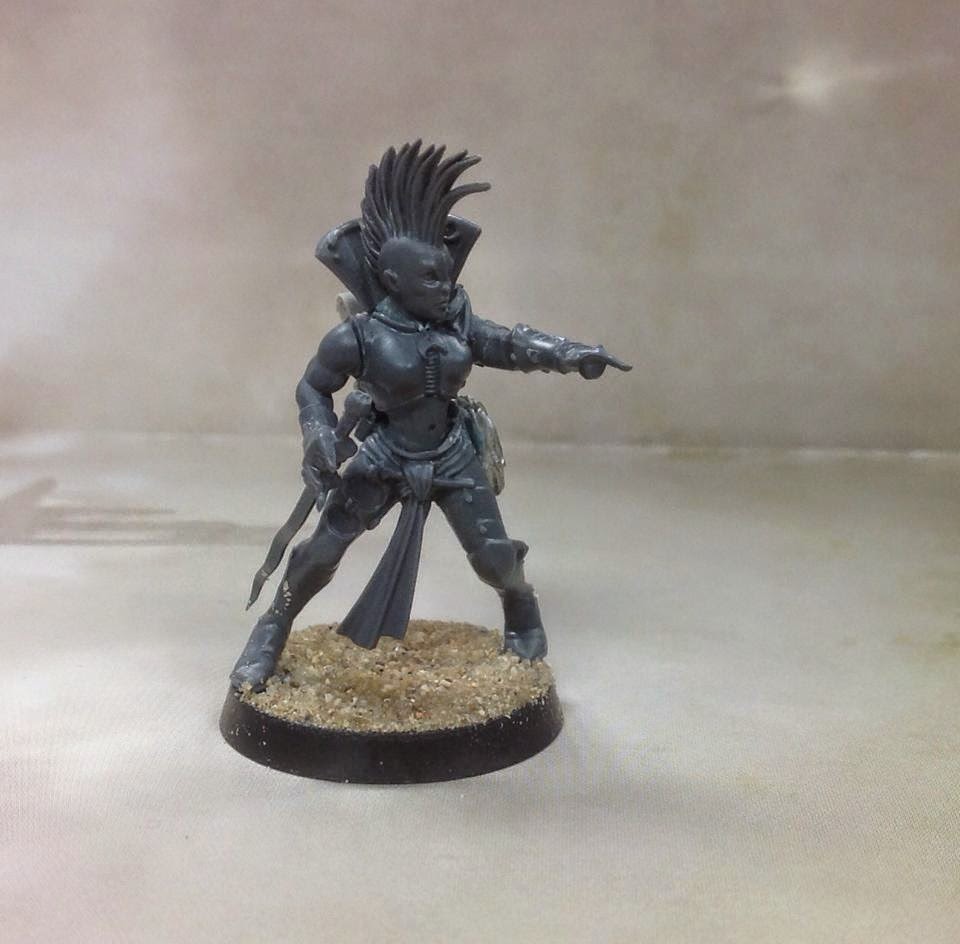 Its a Slaaneshi warband, and the leader is a Navigator Major Hero with the Face of a Daemonette and Resilient (+1 T) rewards. Her crew consists of 11 humans, all with bolters, plus a missile launcher and a lascannon.

As these things will, this all coincided with a chat I'd been having with Paul, who runs the Sho3box blog. This blog is really worth checking out and to be honest everything I wish I had time to do with Tales from the Maelstrom he's doing better than I could anyway, so go check it out. Anyway, we got chatting and decided we'd do a conversion exchange, inspired by the fact that we're both starting our own 40k Realms of Chaos warbands. The plan is to each convert a model and post it unpainted to the other, who will then paint it and use it in a battle report to be posted on their own blog. As Paul hasn't revealed the exact theme we've agreed on I won't either, but suffice to say its inspired by the choice we've both made of Chaos Patron... 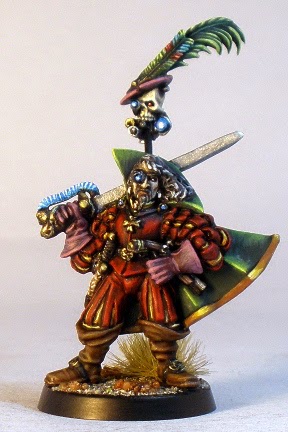 Click on Rogue Trader Ramirez to be transported to the Sho3box blog...


So then, we've agreed a rough deadline of Easter 2015 to carry out the exchange, so we hope to have our warbands completed by then so we can both present our battle reports at around the same time. I'll post my progress on my warband as I go along, and in fact I've started painting the models shown above since I took the pictures, so I'll have more progress to show soon and hopefully spur me along the way.