It seems our recent battle report has increased the number of visitors here nicely, but with that has come an enormous amount of spam posts I've had to moderate. I've changed the settings so only registered users can comment, and assume that means anyone signing in through Blogger, Google+ or whatever. I hope this doesn't cause too much inconvenience, but as pretty much the only people that posted as 'anonymous' were spammers anyway I'm sure it'll work out.

Regards
Posted by Colonel Kane at 09:58 No comments:

A few shots from the weekends game. 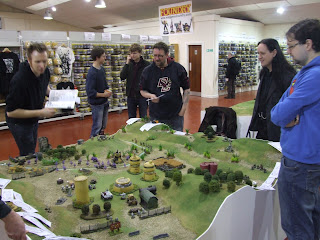 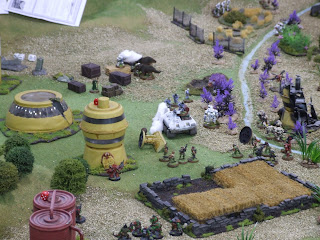 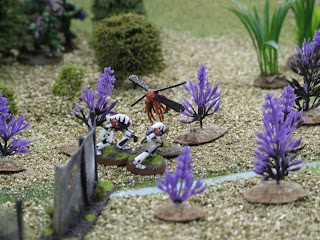 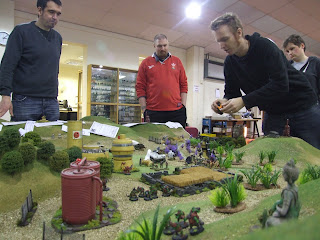 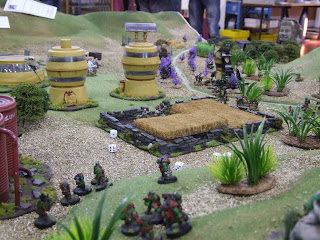 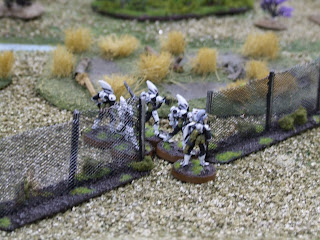 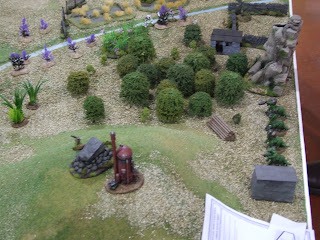 On the distant agri-world research station of RTB01, the planetary governor Kellog has been acting strangely, after initial reports on the development of a stain of ‘super cereal’ - hardy enough to grow on the most inhospitable planets - all communication ceased. Several Imperial recon teams were dispatched and all equally lost without trace, eventually Inquisitor Brand with a small contingent of Fire Angels space marines and an imperial guard battalion was sent to investigate. The Inquisitor found the governors Planetary Defence Force to be hostile and almost possessed by a manic rebellious fervor, his initial forces were decimated and the survivors have retreated into the foothills surrounding the research station in order to consolidate their forces and receive re-enforcements. Broadcasting a system wide distress call via their astropath it was with utter horror the survivors realised that in their exhausted state they had sent out an un-encoded message… now every pirate, renegade and chancer in the system would be on route to steal the super cereal! What happens next is up to you guys :) Come along and join us at Wargames Foundry's factory shop this Saturday and take part in a multiplayer mayhem Rogue Trader game.
Posted by Major Hazzard at 12:43 14 comments: