For me, one of the appeals of this hobby is creating set piece scenes that invoke the sort of wander I felt as a kid flicking through the pages of White Dwarf. To that end, I really enjoy setting up my old school inspired miniatures and taking some shots. The results are amateur at best, but fun nonetheless!

Here's a few I've done in the last few days. 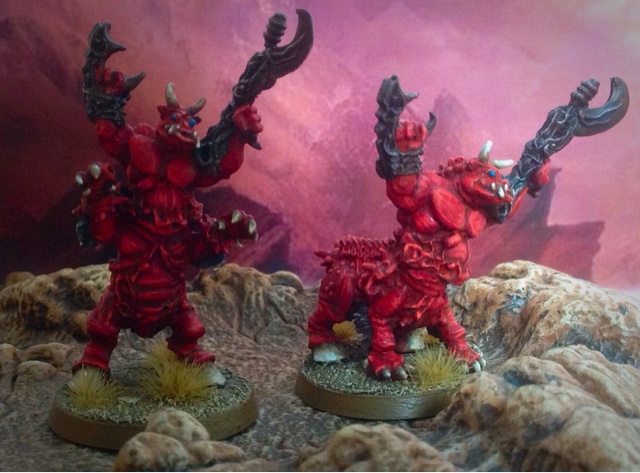 Above, a pair of Rogue Trader Dominators (they were in fact prototype Tyranid Warriors, sculpted by Nick Bibby but they feel like a species in their own right).

Space Slann, one of each, an unreleased one and a conversion. 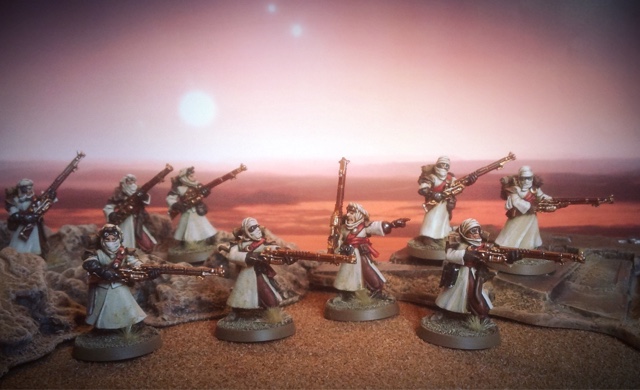 Not Rogue Trader miniatures, but I hope in the spirit, some desert dwelling Technomads.

Labels: Hobby, Why We Play

Myself and a few friends have been talking for a while about doing a Necromunda campaign some time this year, and thinking back to the way we used Necromunda to play all manner of games when we first started this blog in 2007 or so I started looking around to see what other people are doing. Doing so, I found the Inquisimunda rules mod, which does pretty much what we used to do but presents the ideas in rules form as a set of iconic war bands and expands the equipment, hired guns and similar stuff hugely.

So here's a Rogue Trader war band I've just put together using miniatures I had on the shelf. It's led by a Rogue Trader (obviously...) with a Medicae Servo Skull, helped by a Navigator, two Void Masters (one human, one Squat), a Kroot Scout Hired Gun and six armed Crewman.

Should be fun to play, and hopefully we'll post a battle report soon.

For more on Inquisimunda, check out the Empire of Ghosts blog...