I've now painted five of my Space Slann (which includes all but one of the original range, plus a limited/unreleased one I got hold of). I was inspired by Major Hazzard's old-school hobby-fu to post them up (and it'll encourage me to finish them off...).

A little more work on the Sensei band

Some of you may be wondering where the Pontiff went...

Now posting as Major Hazzard as no end of techno-faff ups made the old account unavailable... it's not such a bad thing as the character of the Pontiff was really very much for the Jeriko Reach setting and this ones a little more 'catch all'.

Lots of stuff in the pipeline for this Autumns gaming (i'm heavily involved in the Re-enactment/living history scene so tend to not have much time in the summer months to paint or play!)

As you can see a definite jungle theme going on for 'Forget Me Not' and some adventures set there including some ruined statues and some native Jokaero. Also working on four vintage Rhinos, i was lucky enough to get several in utterly wrecked states and by carefully reducing them to components was able to make two complete ones and two wrecks - these will be an Space Marine complete and wrecked of the same vehicle and a similar one for the Swamp Tigers.

Other stuff on the cards is an Eldar Trade complete with a bodyguard and my own Sensai band that you can sea at the front.. with some alien 'muscle' (or should that be 'fin').

Afternoon all!
Just spent the afternoon finishing up on the Deathwatch Kill-team. Just need to get some Hasslefree Masaans ordered (hopefully in the next few days) then I'll be running some alien-hunting games. 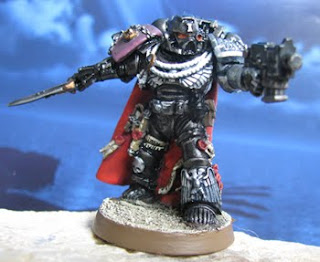 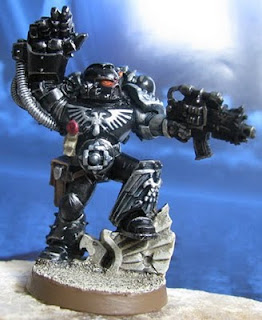 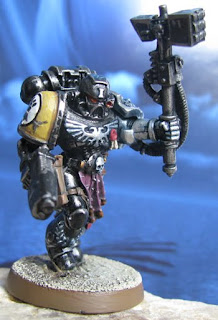 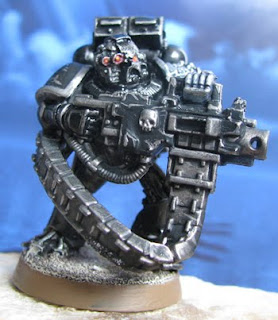 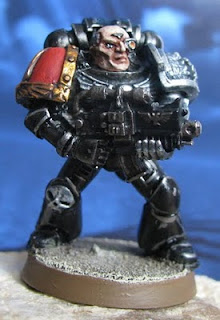 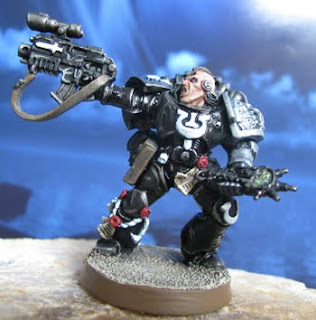