Here'a little force I've finished in between other bits and bobs. It's a Lizardman warband, intended to go up against some pirates after their Slann gold. I plan to run this as a skirmish game for the guys sometime in the new year, so I won't give away much more! I'll base the lizardmen on the warband found in the Lustria: Cities of Gold Mordhiem setting (published in Town Cryer magazine), and the Pirates on the warband published in Town Cryer 6 (I think), with a load more Indiana Jones-style hazard added in. 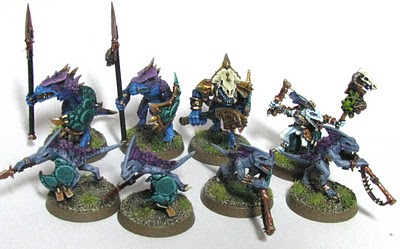 Merry Christmas from the Maelstrom 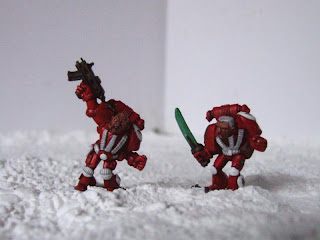 Happy Holiday Y'all
Posted by Major Hazzard at 19:52 3 comments:

Through the Warp Portal! 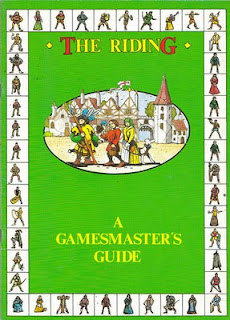 Just a quick update from me, as I mentioned a while back we were considering adding Warhammer content to this blog. I've recently won on eBay, and received today the booklet from the old 'Blood on the Streets' card building/background set released by GW in 1985. This was one of the first wargaming supplements I ever owned, so flicking through it again is great. I have a vague idea of recreating the setting using the modern plastic terrain, as well as townsfolk miniatures from the Mordheim, Hasslefree, Reaper and (hopefully) Lead Adventure ranges. Using the Empire in Flames supplement from Mordheim to add skirmish-level details should make for some fun, old school Warhammer action!

Something that was interesting to read was the fact that I remembered the background as being fairly generic, and not having much to do with the modern Warhammer. I was quite surprised to read the background and find its pretty much in line with the current setting, but with a few weird bits thrown in (like the shrine of the otherwise extinct Cult of Gadd). I reckon this was written at the time several developers joined GW from the old TSR UK studio to work on the first edition of WHFRP, so this may actually contain the first seeds of the more detailed setting information that went into the roleplay book.

Seeing as we're based in the maelstrom i opted for lamenters as the marines of choice.
Here is the WIP of a coms officer to test colour schemes. 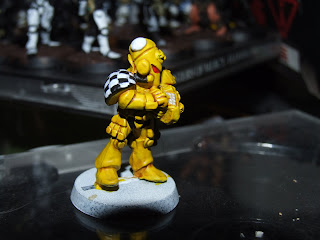 Equally I'm building up 30 or so eldar corsairs, here's five of the provisionally titles 'wraith company'. 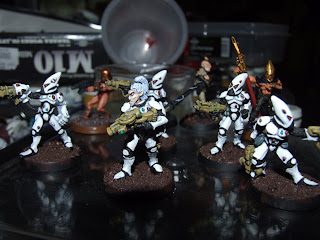