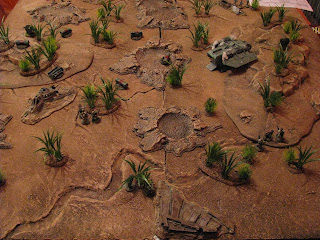 Patrol Drake was mobilised as a quick reaction force yesterday, as one of our Argus flyers was stolen, the unknown thief making for the hills to the north. Yet, before the flyer could reach the hills, it was intercepted and downed, by the same band of Eldar pirates we have encountered in the past.
Patrol Drake arrived at the crash site at the same moment as the enemy that had downed the shuttle, finding the area strewn with cargo pods. Drake was ordered to repel the attackers and recover the cargo, for it was not known what the pods contained.
Drake stationed a fire support group consisting of his missile and grenade lanucher specialists to cover the shuttle, while he led an assault team to the left to engage two enemies and secure a number of cargo pods in that area. Two more of the patrol, accompanied by the psykana operative Gramatrix Apphia worked their way to the right, towards the shuttle, led by Lance Corporal Kash.
Unfortunately, the very first shot to be fired resulted in a misfire for the missile launcher, though luckily Specialist Falk was not badly wounded. Specialist Kiri however kept up a steady fire of frag grenades, aiming to stall the enemy advance towards the shuttle.
On the left, Drake's group gained a ridge, to fire down upon the advancing Eldar, wounding one and forcing the other to withdraw. However, an alien armed with some form of launcher spotted Drake as he crested the rise and fired a high yield missile at him. The projectile struck, but truly the Emperor was watching, for Drake was unwounded, the missile having rebounded from his shoulded armour before detonating some distance behind him. Fire from the second Eldar though wounded Drake, who had to be extracted by his men.
Meanwhile, on the right flank, Lance Corporal Kash and Trooper Kleve engaged a group of pirates advancing on the shuttle, wounding one of them in the initial exchange of fire. But at the very moment Kash lined up a perfect shot a local saurian creature wandered across his arc and spoiled the shot. This allowed another pirate to gain the shuttle's entrance ramp and take control of it. Less than a minute later, the shuttle was in the air, yet the pirate apparantly had no experience of its controls, and not long after it crashed once more, the Eldar being ejected through the canopy.
At this point, Kash saw that the situation was slipping and ordered a withdrawal. The patrol carried the wounded, including Drake to their rendesvous point, and were extracted by Chimera six hours later. The patrol recovered three of the cargo pods from the shuttle, though these appear to have been empty. We have no clue as the identity of the thief, or why he was heading towards the region controlled by the hill tribes. Investigations into the issue are now underway, and Patrol Drake is back on QRF cover duty.
The Emperor Protects.
Colonel Kane
Jeriko Reach Garrison
Out of character - we played a Scavengers mission, with the downed shuttle counting as one of the loot counters, and having some ad hoc rules for controlling it. Possession of a cargo pod allowed a free roll on the Outlaw Trading Post Rare Trade Chart, which for Drakes men resulted in a number of narcotic substances such as Icrotic Slime and Stinger Mould being recovered (these were not declared during mission debrief...) 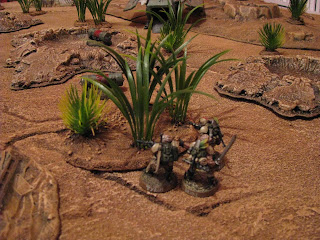 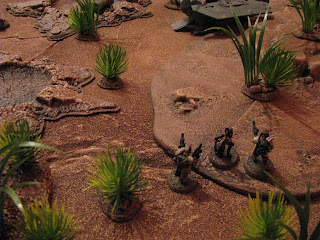 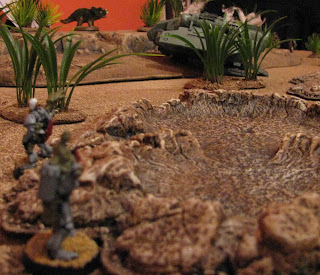 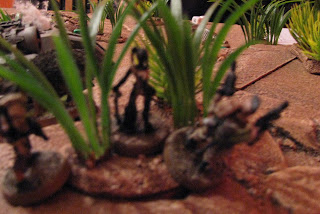 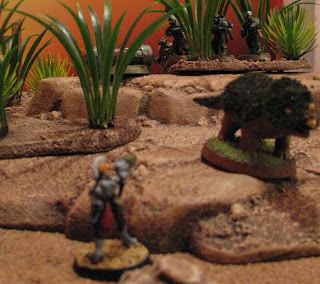 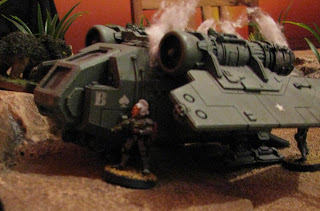 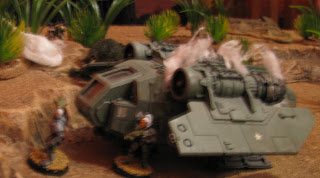 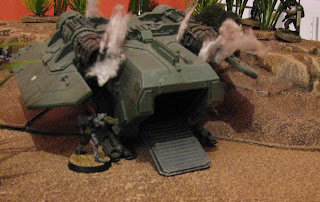 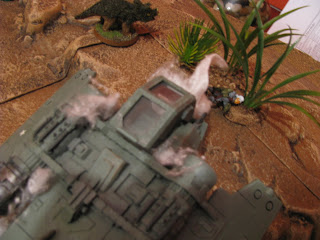 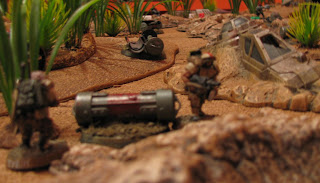