Just a quick update on Patrol Drake's Necronet profile following the bank hiest game recently played (battle report soon!). This is game 11 for Drake's section, so they're getting pretty experienced, but I haven't kitted them out too much as I hope to buy a vehicle or two for them in the future, using the rules for vehicles given in the Ash Wastes expansion.

Patrol Drake
Posted by Colonel Kane at 18:42 No comments:

Labels: Campaign progress (out of character)

Jeriko reachs' Mines Guilder with a negotiable conscience and a habit of developing a lack of optical perception and memory in the presence of large ammounts of money.

Balthasar Brass is nearly always seen in the company of his bodyguards Nando and Hal who, while not the brightest boys on 'The Reach', are deceptively deadly and have almost certainly seen Imperial military service in the past.

Techpriests Qaurak and Alronsen arrived from west, and determined that IMC troopers had already located Object Omega and were in the act of removing it. Techpriests closed on IMC troopers and ordered them to cease. IMC troopers refused, and were engaged. One IMC trooper terminated by Techpriest Qaurak (terminal application of pneumatic rock drill to pre-frontal lobe) and second IMC trooper fled. 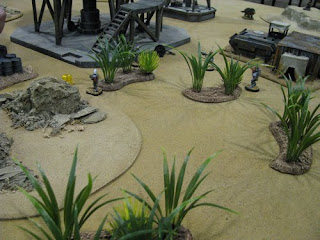 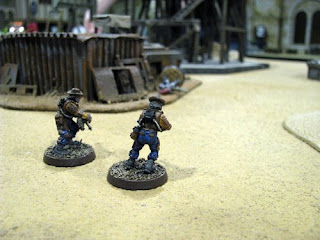 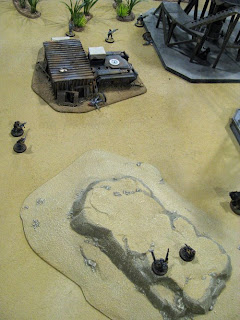 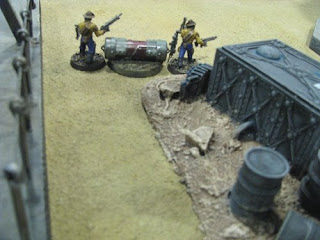 Henri juves discover Object Omega and make a run for it. 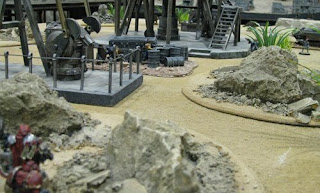 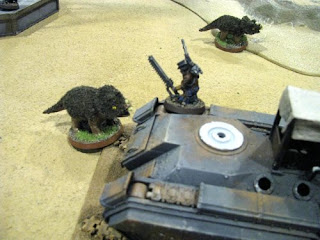 Todd Henri has run-in with the local fauna 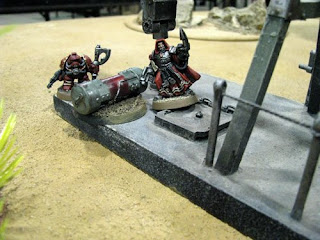 Having dealt with the Henrie Juves, the Adeptus Mechanicus retire with Object Omega.
Posted by Colonel Kane at 08:24 No comments:

Details of the Henrie Boys' gang can be found here: http://www.lastsummer.com/necronet/gangc.asp?id=174 .

I'm aiming for the gang to be proficient at shooting, and less so at close combat, as you'll see the characters have a dirty 'old west' feel to them. This is to represent them not coming into contact with the regular towns folk, or even the garrison on a regular basis. I'm hoping this will keep the eyes of the various factions turned away, however there has already been a meeting with some pirates and there is a report to follow soon.
Posted by Martini Henrie at 11:00 2 comments:

Labels: Campaign progress (out of character)
The Henrie Boys are the latest group to be uncovered in the happenings of Jeriko Reach. They consist of a family based mining concern, who are just looking to survive the crisis. All going well, there may be some room for them to expand their territory. 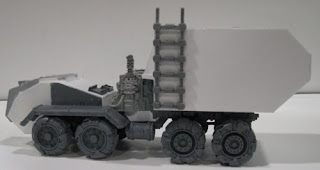 To go with the gang I'm starting to build up a fleet of vehicles, the majority of which will be different from the regular 40k set. To start with I have made good progress with the Henrie's skip truck, and there are more in line to follow. I'm planning 2 half tracks and another 2 8 wheelers, and also adding some speeder sized four wheel drives to use as scenery or in game as necessary.

As you can see the basic structure is finished and I'm about to start on the detail stage. The skip is modular so I may produce different trailer options later possibly a fuel tanker, though suggestions are welcome.
Posted by Martini Henrie at 10:18 2 comments: