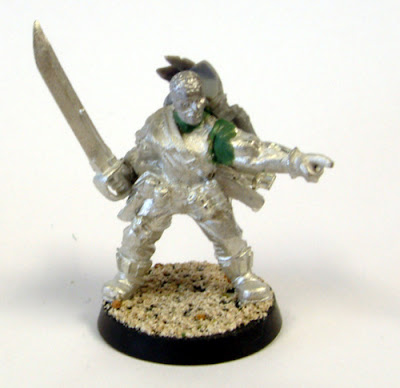 Here's my conversion for the fully-armed and ready for action Corperal Drake, as seen after his rescue from the cult, at New Minehead. He's carrying the power sword his section recovered from the supply drop in the mission before that (in which he was captured).

Below is the original (unpainted for comparison) captured version that was used as the objective in the Rescue at New Minehead game. I've used the same head (West Wind Productions - 'American Bare Heads' blister) so its clearly the same character in two different situations. 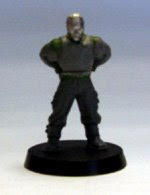