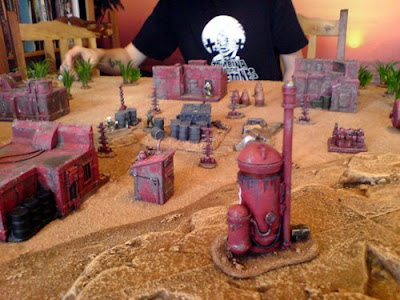 Following the capture of Corporal Drake, a section of B platoon, A Company mounted a rescue operation. The section, reinforced by two volunteers of the newly raised native defence force infiltrated the Imperial Mining Concern settlement of New Minehead. The corporal was found to be held within a power-field protected area in the very centre of the settlement, suggesting very firmly that the entire settlement has fallen under the control of the hostiles. 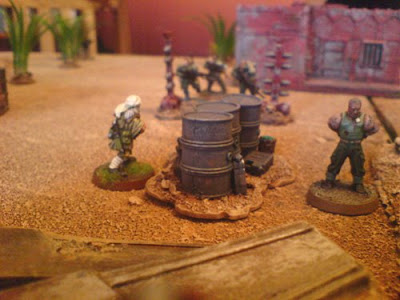 Having killed one sentry and freed Drake, enemy reinforcements began to arrive. These soon proved too much for the rescue force, which retreated under heavy fire, a number of troopers receiving wounds as they extracted. At one point the enemy’s fire touched off a defensive reaction from a yaga plant, and a large cloud of hallucinogenic spore were released over the enemy’s leader, aiding the extraction of our troops. 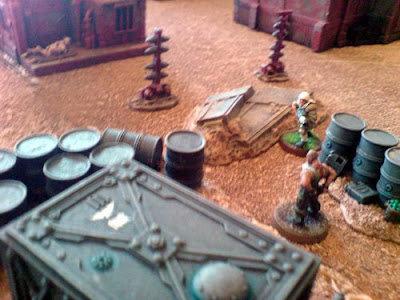 Although the rescue and extraction were successful, the small force was badly mauled. Thankfully, no troopers were lost, and over the next few hours all returned to their blockhouse. 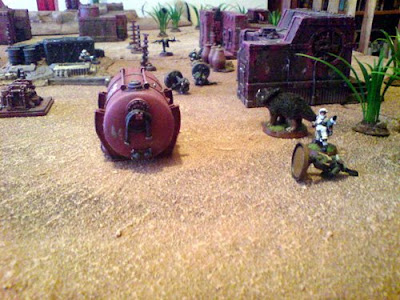 Of dire concern to my staff and I is the report filed by Corporal Drake after his return. He reports seeing a number of beasts of xenos origin, as well as some form of human/xenos hybrid succubus, which lounged naked throughout the battle, watching impassively as lasbolts cracked through the air. Even worse, when the rescue section arrived, it appears the uprising’s leader was en route to enact some vile ceremony upon the corporal. This individual displayed a number of witch-powers, and was by all accounts a terrifying presence. 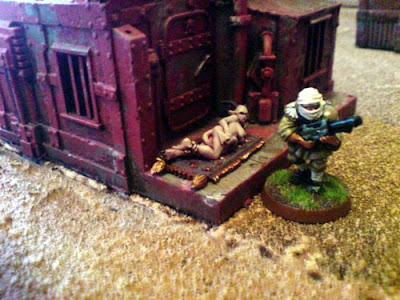 Having consulted with my staff, I am of the opinion that some manner of xenos species has infiltrated the hill tribes. They clearly have control of a number of mining settlements too, and it may be that Imperial Mining Concern personnel may be affected too.

I plan to gather more intelligence as to the nature of this threat, and if the garrison is unable to contain it I shall make a request for off-world aid. Imperial Commander Salabad has voiced his objection to this course of action, apparently wishing to avoid any ‘Imperial entanglements’.

The situation in the hills looks dire. I shall up patrol activity whilst clamping down on the mining settlements. My staff are even now putting together recommendations for the capture of one of these xenos, so that, should I be forced to request off world aid, I can at least present them with proof.